Gandhi once said “A man is but the product of his thoughts – what he thinks, he becomes.” Whether you choose to look at it from a mental, spiritual, metaphysical, or even scientific point of view, learning to master the power of positive thinking may be the single most important thing you can do in this lifetime.

Our mind can be likened to a garden. Much like the seeds of plants, flowers, trees and weeds, every thought starts from a belief, a seed that becomes planted in our mind, at which point we choose to either water and take care of, allowing it to strengthen its roots, grow and flourish, or neglect to the point of the inevitable dying off.

Weeds are a part of every garden, pretending the weeds aren’t there won’t magically make them go away. The only way to get rid of them is to pull them out. As human beings, we have the beautiful capability to choose which beliefs to feed and grow, and which to pull – but we have to do the work to pull them.

The more we tend to the positive thoughts in the gardens of our minds, the more we create a flourishing landscape that crowds out the limiting beliefs of the weeds and thorns, allowing us to live a healthy, vibrant, and fulfilling life.

Everything is energy and that’s all there is to it. Match the frequency of the reality you want and you cannot help but get that reality. It can be no other way. This is not philosophy. This is physics.

All physical reality is made up of physical vibrations, this is the idea behind Quantam Physics. Every thought we have carries with it a vibration which radiates out into the energy fields around us.

Being tuned into this energy allows us to be able to sense another’s energy the moment we enter one another’s space, or energy field.

We can take it to another level and and try and wrap our mind around the fact that our thoughts produce vibrational frequencies that move out into the entire universe.

This is the basis for prayer circles, group meditation, and group chanting. Leveraging the positive vibrations of many people’s thoughts at once strengthens the intention of the message being sent out, creating an extremely powerful ripple effect within the universe.

On the flip side, negative thoughts and vibrations have the same effect in the opposite direction, creating both an internal and external state of conflict.

What you think and what you feel and what manifests is always a match no exceptions.

Knowledge is power, however awareness of the power that our thoughts carry is key to tuning into both the conscious and subconscious mind, which is the holy grail for creating the reality you choose.

The Conscious and Subconscious Mind

Watching this video totally fueled my passion regarding our potential as human beings. It solidified my belief even more that we are incredible creatures capable of infinite possibilities when we unleash the power and wisdom of our mind.

Dr. Bruce Lipton, a developmental biologist explains how genes and DNA can be manipulated by a person’s beliefs. Even though his education and PhD are scientific in nature his ideas are not accepted by the scientific community. His wisdom is fascinating to listen and learn from.

Dr. Lipton explains how the conscious mind is creative – rooted in identity, source and spirit and manifests wishes, desires, aspirations and positive thinking.

The subconscious mind is habitual – equipped with a record play-back mechanism rooted in instincts, experiences and indirect learning. It’s the “program center” of our brain where all the files are stored, so to speak.

The files of our subconscious mind are set up very early on. From the ages of one to six our brains operate in the theta state, the imagination state.

During this time our brains are in a state of hypnosis meaning that everything we observe is directly downloaded into the subconscious as programs. It doesn’t even go through consciousness yet. It’s not filtered by belief it’s strictly recorded exactly as seen.

From this we see that nature gives us only so much from genetics and the rest we have to learn. Observations from family, peers, and environment get downloaded straight into the files of the subconscious and become behavioral programs.

Cognitive neuroscientists have proven that our brain operates in a cognitive state only 5 percent of the time. This goes to show just how much of an impact our subconscious mind and thoughts have on our outcomes in life.

The Subconscious and Self Identity

Self identity is formed from the subconscious. We become defined by what other people tell us we are instead of who we believe we are.

Many of us know that a deep connection to our inner being and loving ourselves could potentially end our suffering, allowing us to have more compassion for ourselves, others, and the universe, and to live out the fullest, truest versions of ourselves, yet it seems to be one of the most difficult things.

Learning that self love is ingrained in our subconscious by others helps us to understand that if we are programmed with critical thinking from our parents or other adults during early childhood we become critical of ourselves. And if you’re critical of yourself, how can you love yourself?

This is furthered explained by Maxwell Maltz author of Pyscho-Cybernetics written in 1960. Maltz shared his idea that before setting goals, a person must have an accurate and positive view of him/herself in order not to get stuck in a cycle of limiting beliefs.

His focus is on visualization and healthy self image to manifest positive results. In his book he mentions how our self image is formed as we grow up:

“We all carry with us a mental blueprint or picture of ourselves. It has been built up from our own beliefs about ourselves. But most of these beliefs about ourselves have unconsciously been formed from our past experience, our successes and failures, our humiliations, our triumphs, and the way other people have related to us, especially in early childhood. From all of these we mentally construct a “self” (or a picture of a self). Once an idea or a belief about ourselves goes into this picture it becomes “true” as far as we personally are concerned. We do not question its validity, but proceed to act upon it just as if it were true.”

Manifesting Through Alignment of the Conscious and Subconscious

How many times have you heard someone say they are being positive but they’re just not manifesting their intentions?

People easily begin to doubt the power of positive thoughts when they’re putting so much effort into them, walking around with a smile on their face, trying to make the best of things, while still not manifesting positive things.

What we don’t realize in that moment is that even though our conscious mind is running the show, our subconscious mind is sabotaging our efforts with limiting thoughts, beliefs, and behaviors that aren’t supporting us.

Psychologists say that 70 percent or more of the average persons thoughts are negative or redundant, and we don’t see it because it’s on a subconscious level.

Now comes the point when most people cop the attitude that the forces in the world have control over our life, we can’t do anything about it, we just have bad luck. We become a victim. This mentality pushes positive thoughts even further away.

The more we continue to play back old tapes from the archives of our subconscious mind the more we stay “stuck” in what it is we don’t want. We have to make new recordings that are in alignment with our positive conscious thoughts, empowering beliefs and behaviors and then we will begin to manifest our intentions. But how do you do that?

Tapping, or EFT (emoitional freedom techniques) has proven to be an extremely successful method to reprogram the brain and create new ‘mental tapes’.

This video explains the scientific power of thought and how we have the ability to make actual physical changes within the brain through thoughts and visualization, which then manifest into quantifiable outcomes or things.

The Impact of Thoughts on Your Health

In medicine, you’ve probably heard of the “placebo effect.” Studies show that when patients with an ailment are told they’re being given a drug or medicine for it but are actually given a placebo or sugar pill instead, they beat the illness.

The other side of the equation is the “nocebo effect”, when the average person breeds over 70 percent of negative thoughts which impact their health by not only making them sick but also killing them, making it just as powerful in the opposite direction.

Going back to the subconscious, between the ages of one to six, we’re programmed that we need to go to the doctor to get healed. We stall our own natural healing state, deprogramming our ability to heal ourselves.

There has been so much research done on the impact that positive thinking has on assisting the body’s natural healing process. I’ve experienced this type of healing in my own life along with some of my family members. It’s why I believe wholeheartedly in holistic health. Joining the forces of a healthy mind, body and spirit is the ultimate recipe for wellness.

Obviously we can’t abuse our bodies, and not be mindful of our lifestyle choices, and then expect a miracle in healing. But if we focus on loving ourselves more than trying to fix ourselves, and practicing self compassion so that we can continue to form a healthy self identity, we will allow ourselves to thrive in our most authentic, happiest and healthiest state.

If you want to change anything, it starts with your beliefs. It’s totally possible to start recording new mental tapes and choose to no longer revisit the old tapes you’ve been listening to over and over.

Maybe it’s time to make a commitment to your inner being, get down on those hands and knees, pull those old weeds out, and create room for new beauty to flourish in the garden of your mind. With practice, a new life is created by new beliefs. I believe in you. XOXO 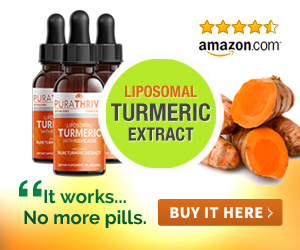 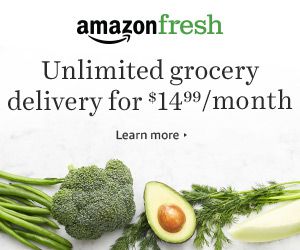